Do You Know Your Compliance Percentage?

If somebody asked you what your firm’s compliance percentage for certificates of insurance (COIs), will you be able to answer?

No, we’re not talking about hazarding a guess here. Do you have confidence that you’ll be able to give an answer that’s more than an educated guess or ballpark figure? If not, chances are you don’t know, and that’s a tell-tale sign that you don’t have a grasp on how (in) efficient your current compliance process is. 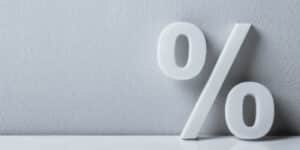 But don’t despair: like you, most COI admins and managers are in the dark on this matter. Most don’t even know where and how to look for this information, considering how immense the task is, and how many factors would have to play into that elusive percentage, if it’s even calculable.

Compliance Rating: Your Compass to Success


And yet it’s an important figure to know because that rating will allow you to gauge the effectiveness of your entire compliance program. To at least have an idea about your current rating means to have a firm grasp on how things are currently playing out, what deficiencies need to be addressed, whether goals are being met, etc.

Simply put, to know your rating is to be ready for an audit, for a claim, or for a sudden question from your superiors as to whether your firm is in shape. It means you know your weaknesses and how to overcome them going forward. Your rating is your compass in the chaotic sea of compliance, allowing you to navigate away from the potential hazards of underinsured claims, litigation, and failed audits.

As such, your perennial goal as part of the compliance team is to work in such a way that will improve your firm’s rating. And one surefire way to improve it is to streamline the process in such a way that would eliminate inefficiencies and improve both speed and accuracy when sifting through and sorting out relevant documents.

But we all know that’s easier said than done. If you’ve been doing things manually for a while now, then there is a good chance that you’re going as fast as you can as is, but you’re still struggling to meet deadlines. This isn’t at all uncommon, especially for one-person teams that have to deal with all the paperwork and the tracking by themselves.

And when you’re overloaded with tasks, there’s a good chance that things begin to fall through the cracks. What do you do if you fail to see something as crucial as a waiver of subrogation in time? Heads will roll, for sure, and you don’t want that on your watch.

What to do, then? Simple: avail of a COI tracking software that tells you your compliance percentage instantly. Smart software like COI Tracker displays your percentage based on your current performance, vulnerabilities, and deficiencies, giving you an actual idea about your program’s current level of success.

It doesn’t just provide a rating and leave it at that, either: it also tells you with specificity why a particular thing or item is not in complying. This way, you don’t have to guess which things you need to work on. Wouldn’t that be a nice change of pace, for once?

COI Tracker offers you a world of ease the likes of which you’ve never seen, especially if you’ve been doing compliance tracking manually. Consider trying COI Tracker for free today and see the difference for yourself.