It’s worth nothing that not everyone in a compliance team is exactly clear about the terms they see. After all, priori insurance training is missing in most cases, and it’s common for the less experienced compliance officers to be confused about important terms in a commercial general liability policy.

Perhaps one of the greatest areas of confusion is the proper distinction between the Named Insured, Additional Insureds and certificate holders. It’s not hard to understand why, though, since these tend to get muddled together as beneficiaries of an insurance policy to some extent. However, these parties are not covered by a policy the same way, and knowing the difference between these statuses will allow you to properly navigate through a loss transfer process during an insurance claim. 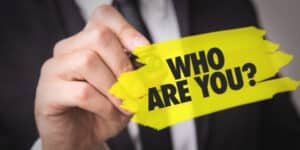 Otherwise known as policyholders, they are the entity that bought the insurance policy for a particular kind of risk, and as such are the chief beneficiaries of the policy. In your context in insurance compliance, Named Insured is loosely interchangeable with “vendor,” since they’re the company/person that bought a policy to protect them from a certain risk they’re taking on as they perform a service for you. They’re also the people you ask for a certificate of insurance to prove that they are, indeed, covered by some kind of commercial insurance policy for certain risks, like injuries, accidents, and damages.

In your context, this is you. You are a certificate holder because you hold a certificate of insurance proving that you have partnered with somebody who’s been insured. Legally speaking, this title is pretty empty and doesn’t have any special privileges that come with it. It’s only a status that indicates that you’re somehow protected in the event of a liability claim because your vendor has an insurance policy.

In your context, this is also you. Confused yet? It’s understandable if you are; many people in compliance roles can’t seem to distinguish between certificate holders and Additional Insureds in terms of how a policy affects them during an insurance claim. The important thing to remember here is that the certificate holder status is exclusive to additional insureds who have COIs, whereas Additional Insured status tends to be more inclusive and can apply to a broader range of entities related to the Named Insured.

A Named Insured, for example, may wish to or be required by contract to extend the coverage of their insurance policy to a partner, which can be another person/business that can be put at risk by third-party lawsuits arising from the activities of the Named Insured. That means you won’t be the one to deal with the aftermath should your vendor cause, say, bodily injury while performing a service for your company. If you have been added as an Additional Insured by your vendor, you’ll also have access to COI requests and be a Certificate Holder.

Blanket endorsements are tricky that way, and so require diligence on your part in order to properly protect your company from costly claims and ensure that you get the coverage that you need when it counts .

Get More Time on Your Hands with COI TRACKER

But if you’ve been doing things manually, you probably don’t have the luxury to read through hundreds of hundred-paged endorsements to verify everything. Between guaranteeing compliance for each COI, following up on your vendors, and collecting and entering data on your system, you hardly have the time for anything else.

COI Tracker exists for one thing, and that is to make your life easier by giving you more time for things that can help you protect your organization better, like learning the distinctives of insurance tracking and its jargon. Request a free demo today and see the world of difference that COI Tracker can bring to your compliance process.